Analysts Wood Mackenzie have found that despite speculation that a No-Deal Brexit would have a severe impact on the UK refining industry, and that while the sector’s dynamics would shift and margins will narrow, it would not be crippled.

The UK government plans to remove the tariff on gasoline imports, which under World Trade Organisation (WTO) rules would mean the removal applies to all imports, regardless of country of origin. Meanwhile, UK refineries would receive less for their gasoline exports, with this being taxed at the approximate rate of 5 percent. 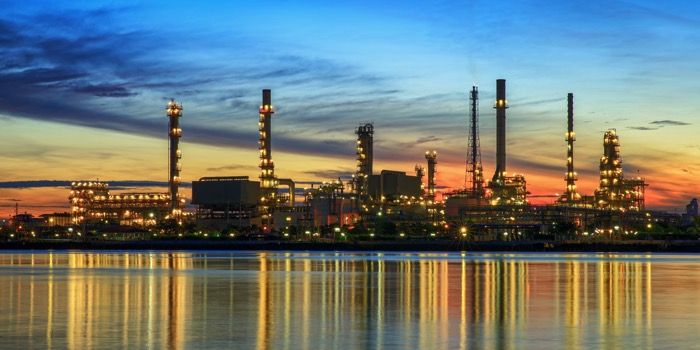 “However, if tariffs are raised on all export destinations, domestic prices could fall. This is because while it will be more expensive to place barrels overseas, exporters still need the differential to make exports worthwhile.

“In a worst-case scenario, domestic gasoline prices would also decline by an approximate rate of 5 percent. The average 2019 NCM of UK refineries would fall by about $1.25/bbl, so a decline in earnings of around 30 percent. Nevertheless, all refineries maintain a positive NCM in our 2019 forecast.”

He added: “On paper, the premise that in the event of a No-Deal Brexit, the UK would be awash with cheap imports and a 0 percent import tariff would hit domestic refiners hard, sounds feasible.

“But in reality, there is limited independent import infrastructure in the regions where the refineries are located. Where it does exist, it tends to be small and would not be able to import the volumes required to seriously affect UK refineries. Any impact would be on the marginal barrel.

“In those UK regions which are already solely supplied by imports, such as north-east England or the Thames, a 0 percent import tariff should make fuel cheaper.

“Suppliers could extend regional supply from these assets, but the extent to which these could affect refineries’ supply envelopes would quickly become constrained by road delivery logistics.

“Most independent import terminals also lack rail or pipeline connectivity, constraining their ability to supply any cheaper imports to other regions and pressure refiners’ inland markets.”

Tolba said that imposing a zero tariff on imports would see a reshuffle of gasoline imports into Europe. Russia and Belarus would likely divert their gasoline exports from the Amsterdam, Rotterdam, Antwerp (ARA) hub, sending them directly to the UK.

They would do this as direct export into the UK would be tax free, while deliveries into Europe would be taxed at the European Union’s current 4.7 percent tariff on fuel imports. Conversely, imports from the ARA hub to the UK would decline as this diversion takes place, meaning that the net change in trade is likely to be minimal.

“Russia only sent about 7.5 of its total gasoline exports of just under 3.4 million tonnes per annum (tpa) to Northwest Europe (NWE) in 2018. Most of this went to the Netherlands and was redistributed from there,” he said.

“However, a significant increase in the share of gasoline imports coming from Russia and Belarus in to NWE is unlikely, thanks to a lack of pipeline infrastructure and the high cost of transporting gasoline to destination markets by rail.”

Russian gasoline exports, which make up just 2.7 percent of their total product exports, are sent to Caspian markets via rail or truck, as domestic prices make this profitable.

These deliveries are also tax free as most of the Caspian consumer countries are members of the Eurasian Economic Union. It is therefore highly unlikely that the near-60 percent share of total Russian gasoline exports would be railed greater distances in order to increase exports to the UK.

Belarus, on the other hand, already sends the bulk of its gasoline exports to NWE, with the remainder primarily going to supply the Ukrainian market.

Earlier this year, Belarus’ BelOil said it was looking to diversify its gasoline exports, as it does not view the European market as being especially lucrative. Instead, it intends to try to increase exports to Africa and the Americas.