“Hard work pays off!” stated Vopak as it congratulated its colleagues at the terminal. In 2018, Lingang Terminal continued improving its safety records, emergency plans and was recognized by both customers and local authorities for its superior safety performance. 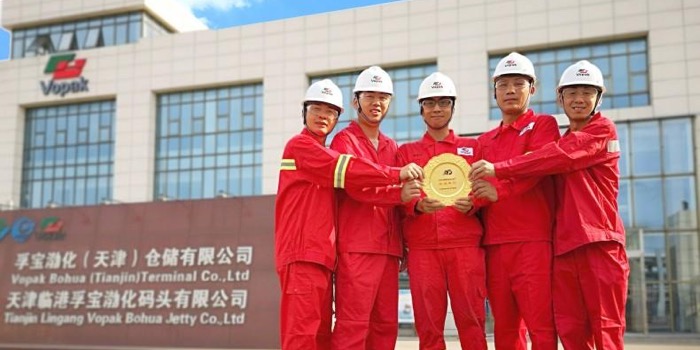 “The award is a symbol of recognition for delivering exceptional performance in safety area. Safety management is a long-term task. We will carry on working hard on it,” said Liu Xiaomei, the terminal’s General Manager.