The company reported an occupancy rate of 86 percent (2017: 90 percent) which reflected market conditions at oil hub terminals whereas other product-market segments were stable. 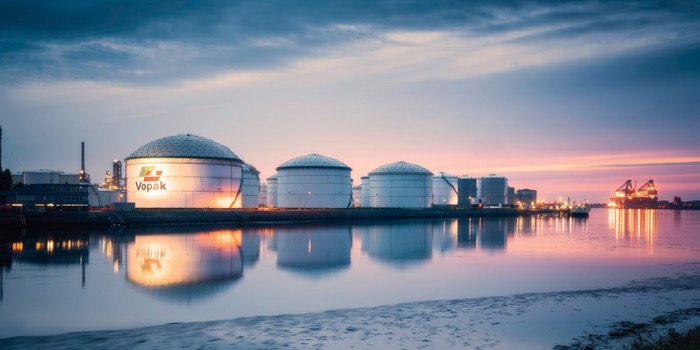 Given its 3.2 million cbm expansion programme over 2018 and 2019, with high commercial coverage, in conjunction with the cost efficiency programme, Vopak has the potential to significantly improve the 2019 EBITDA, subject to market conditions and currency exchange movements. At the end of the fourth quarter of 2018, 1.1 million cbm was commissioned and 2.1 million cbm will be delivered over the course of 2019.

As a result of the deconsolidation of its wholly-owned terminal in Venezuela, Vopak’s income statement includes the effect of recycling historical unrealised currency translation losses from equity to the income statement, reducing the reported net income with €51m, mainly in the net finance expenses, with a neutral effect to total shareholders’ equity and no effect on cash.

An exceptional gain of €4.8m was recognised in connection with a reversal of impairment at Vopak Vietnam. This gain was offset by a partial impairment of €4.6m at our terminal in India

On January 23, 2019, Vopak acquired an additional share of 15 percent in the associate Engro Elengy Terminal (LNG Division), bringing the total share in this joint venture to 44 percent. This LNG import facility consists of an LNG jetty and high-pressure gas pipeline and holds a 15 year Floating Storage and Regasification Unit (FSRU) time charter.

On January 25, 2019, Vopak acquired an additional 35 percent share in Vopak Terminal Ningbo (China & North Asia division), bringing the total share in this chemicals terminal to 85 percent. By means of this transaction, Vopak obtained control over the terminal and the interest held in the terminal was at that date classified as a subsidiary and no longer as a joint venture.

On February 13, 2019, Vopak announced that it will expand its terminal in Vietnam (China & North Asia division) with 20,000 cbm for the storage and handling of chemicals. The additional storage capacity is expected to be commissioned in Q1 2020.

On February 13, 2019, Vopak announced that it will expand its terminal in Veracruz in Mexico with 110,000 cbm for the storage and handling of clean petroleum products. Mexico is a deficit market which has opened. This expansion already has high commercial coverage and is expected to be fully commissioned in Q4 2020.

Royal Vopak Chief Executive Officer Eelco Hoekstra comments: “Given the market conditions in 2018, we delivered solid financial results and increased earnings per share by remaining focussed on business opportunities. The execution of our strategy is well on track. To meet the increasing global demand for the products we store, we made significant progress in shifting the portfolio and realizing our digital transformation.

“We are excited that we have been able to announce significant expansion projects in the last years, meeting new consumer demands. The execution of this strategy is leading to a further shift in our portfolio towards industrial terminals and terminals for chemicals, LNG, LPG and chemical gases. Expansion projects in these areas are currently underway in Malaysia, Indonesia, Canada, Brazil, and the Netherlands.

“We acquired a share in Pakistan’s LNG import facility, commissioned the first phase of our new industrial terminal in Pengerang and expanded our chemical presence in Houston. End 2018, we delivered 1.1 million cbm of our 3.2 million cbm expansion program towards end 2019. In addition, we commenced major service improvement projects to strengthen our chemical storage positions globally and initiated investments in our oil hub terminals in preparation for the IMO 2020 bunker fuel regulations.

“One more reason for excitement is the progress that we have made in our digital transformation. Our new unique cloud-based digital terminal management system is now in place at the first terminals in Americas and Asia. We strengthened our cybersecurity program. We believe that our digital transformation is key to growing our competitive edge and capturing the opportunities of the digital era.

“For 2019 and beyond, we continue to focus on delivery of short-term performance and seizing long-term opportunities, delivering value today and creating value for tomorrow for all stakeholders. We take pride in storing vital products with care for a growing world population.”