Venture Global Partners is expected to contribute around 14 per cent of global LNG liquefaction capacity growth by 2023, making it set to be the leading company terms of capacity additions between 2019 and 2023. 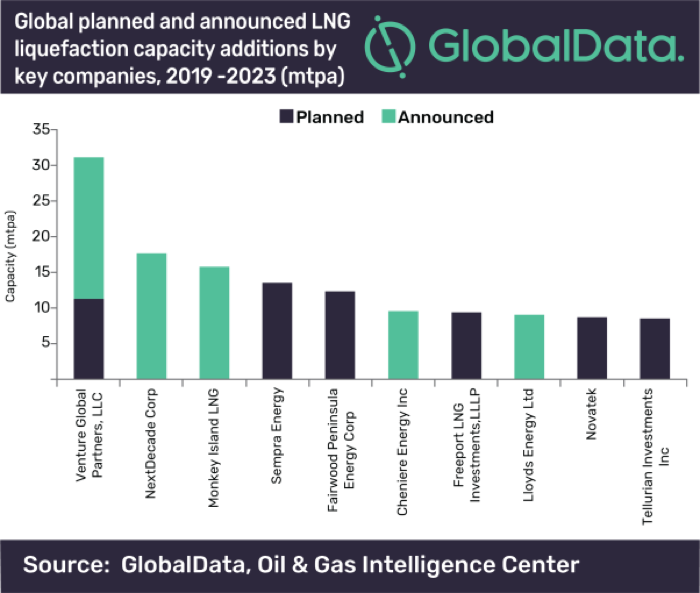 Adithya Rekha, Oil and Gas Analyst at GlobalData, comments: “Calcasieu Pass, proposed in the U.S., is the major upcoming LNG liquefaction terminal in Venture Global Partners’ portfolio, contributing a new-build capacity of 11.3mtpa by 2023. Plaquemines and Delta LNG are the other two major upcoming terminals in the company’s portfolio with liquefaction capacities of 10mtpa, each.”

Rekha concludes: “Monkey Island LNG stands third globally with a new-build LNG liquefaction capacity of 15.8mtpa. The Monkey Island terminal in the U.S. accounts for the entire capacity additions in the company’s portfolio.”