The €3.9bn Trans Adriatic Pipeline (TAP) has successfully reached financial close. The 878km pipeline is a priority project of the EU and the Energy Community, a global organisation that brings together the EU and its neighbours to create a pan-European energy market. The pipeline will begin at the Greek and Turkish border, cross Albania and pass under the Adriatic Sea before terminating in southern Italy. 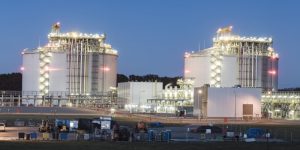 At the originating point in Turkey, the pipeline will connect to the Trans Anatolian Pipeline (TANAP). At the end-point in Italy, TAP will connect to the Italian natural gas network (SNAM Rete) and from there to existing European gas networks. It will have exit points along the route to support new gas infrastructure in Greece and Albania, integrating markets across south-eastern Europe.

The pipeline is designed according to European and international codes and standards with an initial annual capacity of 10 BCMA. This key milestone marks another step closer to the project’s aim of increasing Europe’s energy supply security.

Mott MacDonald is lenders’ technical advisor on the project and performed technical due diligence on TAP’s design, construction and operational plans.