Sempra Energy is initiating the process to sell its equity interests in its South American businesses, including Luz del Sur S.A.A. in Peru and Chilquinta Energía S.A. in Chile. The move is part of its increasing focus on North American markets.

“We have set a clear strategic goal of becoming North America’s premier energy infrastructure company,” said Jeffrey Martin, chairman and CEO of Sempra Energy. “This planned sale allows us more focused capital investment in the U.S. and Mexico to support additional growth opportunities, with a view toward creating greater shareholder value and a stronger balance sheet. 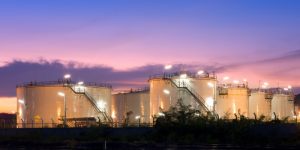 Sempra Energy expects the planned sales process to be completed by the end of 2019.

Luz del Sur serves more than 4.9 million consumers in the southern region of Lima, Peru, and is the largest electric company in that country. Luz del Sur also is active in the development and operation of hydroelectric projects, including its Santa Teresa hydroelectric plant in central Peru.