The appointments follow the previously announced acquisition of the GTI Statia terminal facility by Prostar Capital from NuStar Energy L.P. on July 30, 2019. The terminal is one of the largest independent crude and refined product storage terminals serving the U.S. Gulf Coast and Caribbean markets. 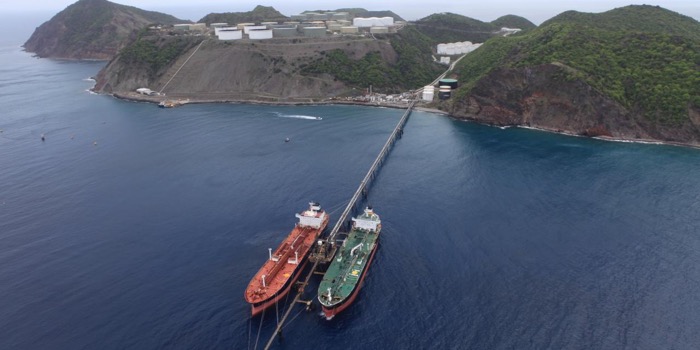 Roller is appointed as the President and CEO of GTI Statia and is a veteran of the facility, having been with NuStar since 1988. Most recently, Roller had been the VP Marketing and Business Development of NuStar’s U.S. storage terminals with ultimate responsibility for a portfolio of more than $1.5bn in asset value. Previously, he had been VP Operations for NuStar’s global terminal portfolio (including GTIS), comprising twenty-five U.S. and foreign assets and more than 56 million barrels of storage capacity. Additionally, Roller was a founding Director of the Jacksonville Marine Transportation Exchange and is a former Board Director and Past Chairman of the International Liquid Terminals Association.

Calvert also has a long history with the GTI Statia facility, having been General Manager of the terminal with ultimate responsibility for day-to-day operations under NuStar from 1990 through 2002. From 2002 to 2008, Calvert was responsible for all aspects of NuStar marine fuels and grew the business to $20 million per year (EBITDA). At the same time, he continued the development and growth of the GTIS terminal, securing several long-term storage clients. Since 2008, Calvert had been VP of International Business Development for NuStar with ultimate responsibility for the commercial performance of the GTIS terminal and various other NuStar midstream assets. During that time, he was instrumental in attracting and maintaining customers, drove storage revenue growth of more than 40 per cent, and oversaw significant expansion of the GTIS terminal’s bunkering operation.

Vázquez has more than 20 years of experience in the oil and gas industry, having served most recently as Vice President of Finance and Controller, Latin America for Andeavor Corporation (formerly known as Tesoro Corporation), a premier, highly integrated marketing, logistics and refining company. In that capacity, she was a member of the senior leadership team that initiated Tesoro’s entry into the Mexican market. Previously, Vázquez had been VP, Strategic Risk Management, where she led the Audit and Enterprise risk functions for more than 6 years. Vázquez held leadership positions in transition efforts during major asset acquisitions from BP and Valero. She served as the inaugural executive co-sponsor for Andeavor’s Women’s Inclusion Team and was an adviser to the Multi-Cultural inclusion team, served on the Board of Governors for the San Antonio Chapter of the Institute of Internal Auditors (IIA), and is the former Chair of the Supervisory Committee at Randolph Brooks Federal Credit Union.