An important milestone towards expansion of the PNG LNG plant has been reached after energy company Santos signed a binding letter of intent to acquire a 14.3 percent interest in Petroleum Retention Licence 3 (PRL 3), which contains the P’nyang natural gas field in Papua New Guinea.

Santos is to pay $187 million in total, with approximately $120 million payable following the execution of a fully-termed sale and purchase agreement, expected around the end of June 2019, and the remainder in contingent instalment subject to the award of a production development licence to replace PRL 3 and a final investment decision for the construction of an additional LNG train at the PNG LNG plant site for the liquefaction of gas from the P’nyang field. 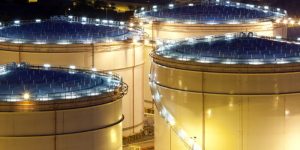 The execution of a sale and purchase agreement remains subject to agreement between the parties on entry into FEED for PNG LNG plant expansion.

Santos Managing Director and Chief Executive Officer Kevin Gallagher said Santos’ strategy in PNG is to work with its partners to align interests, and support and participate in backfill and expansion opportunities at PNG LNG. “The arrangements we announce today mark an important step towards the proposed expansion at the PNG LNG plant via a 2.7 mtpa third LNG train fed by existing Project resources and P’nyang.”

“We are very pleased to execute the letter of intent with the PRL 3 participants who are also affiliates of Santos’ partners in the PNG LNG Project. We look forward to working with the PNG Government, our partners and landowners to make expansion at PNG LNG a reality,” he said.

Santos has a 13.5 percent interest in the PNG LNG Project which has the capacity to produce more than eight million tonnes of LNG per annum.