Phillips 66 Partners has reported earnings of $233 million in the second quarter, up from $198 million in the first quarter. Cash from operations was $276 million. Adjusted EBITDA was $319 million, compared with $281 million in the prior quarter. 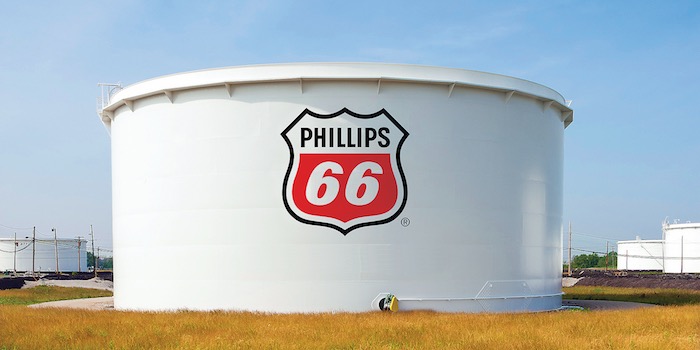 The partnership’s total capital spending for the quarter was $114 million, which included $12 million of maintenance capital. Expansion capital of $102 million included spend on the Clemens Caverns expansion, the new isomerisation unit at the Phillips 66 Lake Charles Refinery, the C2G Pipeline and the Lake Charles products pipeline, as well as investments in the South Texas Gateway Terminal and the Bayou Bridge Pipeline.

The Partnership is constructing the 900,000 bpd Gray Oak Pipeline, which is anticipated to be in service by the end of 2019. The pipeline will provide crude oil transportation from the Permian and Eagle Ford to Texas Gulf Coast destinations that include Corpus Christi, the Sweeny area, including the Phillips 66 Sweeny Refinery, as well as access to the Houston market. Phillips 66 Partners has a 42.25 percent ownership in the pipeline. The Gray Oak Pipeline joint venture has secured $1.3 billion of project financing.

The Gray Oak Pipeline will connect to multiple terminals in Corpus Christi, including the South Texas Gateway Terminal currently being constructed by Buckeye Partners, L.P. The marine export terminal will have two deepwater docks, with initial storage capacity of approximately 7 million barrels and up to 800,000 bpd of throughput capacity. Phillips 66 Partners owns a 25 percent interest in the terminal, which is expected to start up by mid-2020.

The Partnership is increasing storage capacity at Clemens Caverns from 9 million barrels to 15 million barrels in connection with the Phillips 66 project to add natural gas liquid (NGL) fractionation capacity at the Sweeny Hub. The caverns expansion is expected to be completed in the fourth quarter of 2020.

Phillips 66 Partners is also constructing the C2G Pipeline, a 16 inch ethane pipeline that will connect Clemens Caverns to petrochemical facilities in Gregory, Texas, near Corpus Christi. The project is backed by long-term commitments and is expected to be completed in 2021.

During the quarter, Phillips 66 Partners completed construction of the Lake Charles products pipeline that connects storage in Lake Charles to its Clifton Ridge Marine Terminal. This connection is expected to increase product export capability by up to 50,000 bpd from the Phillips 66 Lake Charles Refinery. The pipeline is backed by a long-term agreement that includes a minimum volume commitment.

The 25,000 bpd isomerisation unit at the Phillips 66 Lake Charles Refinery was completed in July and is expected to ramp up to full production in the third quarter. The project increases production of higher-octane gasoline blend components. The project includes a long-term agreement with Phillips 66 for processing services with a minimum volume commitment.

The Sweeny to Pasadena Pipeline expansion project will add 80,000 bpd of pipeline capacity, providing additional naphtha offtake from the Sweeny fractionators. In addition, product storage capacity will be increased by 300,000 barrels at the Pasadena Terminal, and new connectivity will be added to third-party terminals. The project is expected to be completed in the second quarter of 2020 and will be backed by long-term agreements that include minimum volume commitments.