PetroChina Co., Asia’s largest oil and gas producer, has reported a surge of around 350 percent in third-quarter profit versus a year earlier, owing to recovering oil prices and revenue from pipeline spin-offs.

Net income reached 40.05 billion yuan ($6 billion) versus 8.86 billion the same period a year ago, and compared with a loss of 13.75 billion the previous quarter when decades-low oil prices hammered its revenue. 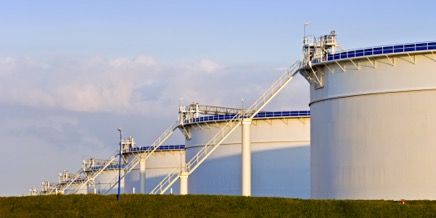 In September, PetroChina completed the spin-off of its pipeline and storage facilities and a liquefied natural gas (LNG) terminal in Shenzhen to newly established PipeChina for 268.7 billion yuan.

Crude oil production between January and September rose 2.7 percent on the year to 701 million barrels, in response to Beijing’s urge to improve national energy security.

Total gas output increased 6.5 percent to 3,080 billion cubic feet. Its domestic operation, making up 94 percent of the total, rose 8.2 percent on year while that of overseas projects fell 16 percent.

The company, China’s second-largest refiner, processed 877.3 million barrels of crude during the period, down 3.2 percent from a year earlier.

Faced with growing competition amid massive refining surplus, PetroChina’s sales of gasoline, diesel and kerosene fell 13 percent on the year.

Thanks to lower oil-linked import costs and also a reduction in total purchases, PetroChina managed to narrow losses incurred at its natural gas import business to 17.5 billion yuan, 4.2 billion yuan smaller than a year ago.