The construction of one of the largest cooled propane tanks in Europe has entered a new stage, according to Engicon nv (Geldof)

Last summer, the consortium of Engicon nv (Geldof) and BAM Contractors nv was appointed to build a fully cooled propane tank in the port of Antwerp, commissioned by Oiltanking Antwerp Gas Terminal NV. 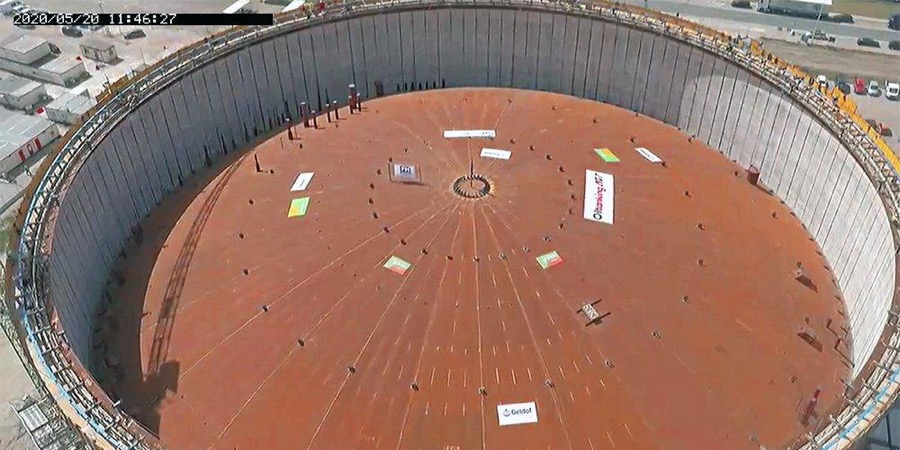 On Wednesday 20 May, 2020, the roof was brought to its final position by means of air rising.

The roof and deck, with a combined weight of 930 tons, were both lifted about 32.3 m with the help of blowers. The speed of such an operation is +/- 200 mm / minute, which means that the entire operation took about three hours.

Commissioned by Oiltanking Antwerp Gas Terminal, the tank will ultimately be made available to Borealis. At the top, 20 welders waited to weld the roof to a profile that was pre-poured into the concrete shell.

The complete structure consists of a steel inner tank and a concrete outer jacket with a diameter of 83 meters.  To top it all off: a steel roof with suspended deck, which was pre-assembled and finished inside of the tank.