Analysts have warned that oil prices could soon turn negative as the world runs out of places to store crude. The coronavirus pandemic has created an unprecedented demand shock in energy markets, with storage space – both onshore and offshore – quickly running out.

Analysts at Goldman Sachs warned the coronavirus is “extremely negative for oil prices and is sending landlocked crude prices into negative territory.” 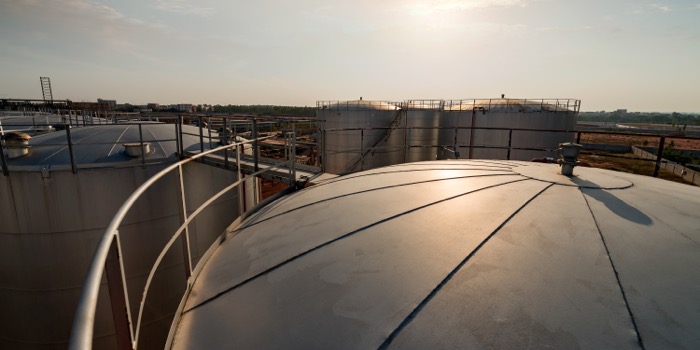 Elsewhere, energy analysts told US TV channel CNBC that global oil storage could reach maximum capacity within weeks, “as the coronavirus crisis dramatically reduces consumption and some of the world’s most powerful crude producers start to ramp up their output.”

At the same time, a three-year pact between OPEC and non-OPEC partners to curb oil output ended this week, paving the way for oil producers to ramp up production.

Bjarne Schieldrop, Chief Commodities Analyst at SE, said: “Refineries in many places are now losing money for every barrel they process, or they have no place to store their output of oil products.”

He added that when refineries shut down, many oil producers will have nowhere to send their crude if the refinery is also part of the logistical chain to the market: “For land-based or land-locked oil producers, this means only one thing. The local oil price or well-head price they receive very quickly goes to zero or even negative, because if they have too much oil, they must pay someone to transport it away until they have managed to shut down their production.”

Goldman Sachs estimated in a research paper published this week that the world has around one billion barrels of spare storage capacity, but much of that will never be accessed “as the velocity of the current shock will breach transportation networks. Indeed, given the cost of shutting down a well, a producer would be willing to pay someone to dispose of a barrel, implying negative pricing in landlocked areas.”

Analysts at Eurasia Group said in a research note, also published this week: “With demand collapsing but supply rising after OPEC and non-affiliated Russia failed to reach a production cut agreement in early March, global inventories could reach their maximum capacity within weeks

“Industry participants are saying it is virtually impossible to find conventional onshore tanks. Even if OPEC and other producers start restricting their output again soon, the supply overhang from the global lockdown is so big that storage capacity will likely hit its limit by midyear. Already, ports and refiners are turning away oil tankers. This will put even more downward pressure on prices and pose an existential threat to many companies.”

Analysts at Energy Aspects expect the ongoing oil price war between Saudi Arabia and Russia will keep production elevated until the end of the year, which means the world will run out of crude storage capacity early in the third quarter of the year.