Oikos, a 70-acre bulk liquid storage facility on Canvey Island in Essex, with strategic access to the River Thames, has announced “significant infrastructure investment” at its site that supplies road and aviation (including to Heathrow, Gatwick, Stansted and Luton) fuels across South East England.

As to the reasoning behind the move, it said: “Resilience in our critical national infrastructure, in its widest sense, has to be the focus of the UK’s next economic chapter, not least after COVID-19. All too often, the focus is often on downstream and upstream fuel resilience and innovation, but the storage sector has to be a part of the solution and not overlooked.” 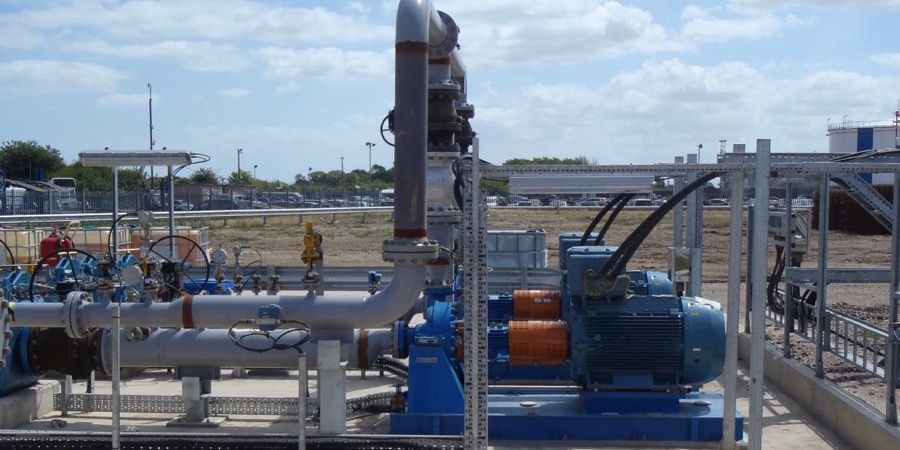 Project Premo, which is a brand new, additional third loading bay for diesel fuel, is nearly complete. At the same time, the company, which is now under the ownership of Aberdeen Standard Investments as part of its diverse range of energy interests, has recently re-commissioned the Oikos feeder line that connects the terminal to CLH Thames B pump station and the national CLH pipeline network.

Tony Woodward, Oikos General Manager, said: “Resilience for us is about creating options and spreading risk as we are a 24/7, 365 days a year operation. Customer demand is rapidly changing and the storage sector, as a piece of critical national infrastructure, has to be at the vanguard of those reforms. We are seeing a new focus on a wider range of diesel grades with customers rightly wanting them delivered in a faster, more flexible and agile way. To have been able as a business to deliver this on time and on budget, and to the highest, independently attested safety and security standards, has been very satisfying.”

It is the evolving diesel market, resulting from changing consumer demand that has spurred the inclusion of additive injection at the new state of the art loading facility next to the existing loading bays. Customers, who were previously reliant on pipeline deliveries, now will be able to load a truck at 2,250 litres a minute with a gate to gate turnaround of around 20 minutes using new road loading arms, Accuload equipment to measure volumes and Fuel-Facs dedicated software and Distributive Control Systems to manage loading, and produce HMRC complaint paperwork. This builds on recent upgrading of existing storage facilities, a focus on new interconnectivity between different parts of the site and a deep-water jetty extension to cater for LR2 vessels up to 120,000 mt deadweight.

Based on two new additive tanks, which use a best-in-class additivation rack system and new large and small-bore pipework, a range of diesel grades can be supplied to delivery vehicles.

“It is the creation of a further egress point for road fuel grades which can help our customer improve their market reach and service range to forecourts and bunkering depots which makes this so game changing” added Woodward.

Project Annexus, which is the re-commissioning of the Oikos Feeder line between the Oikos Terminal and the CLH Thames B pump station has also just taken place. This connects Oikos directly to the CLH Pipeline System and the UK’s national pipeline infrastructure, which better connects Oikos into the country’s fuel resilience network.

Woodward said of that project: “Ultimately customers are demanding more options and different ways of ensuring their delivery chains. So, whether above or below ground, it is the role of storage terminals to enable those varied distribution channels.”

The whole project and pipeline underwent a thorough inspection process back in 2018, which saw a ‘smart pig’ sent through the pipe to report back on the pipe’s condition and any potential issues.

The re-connection of the Oikos Feeder Line also compliments the existing connection to UKOP (United Kingdom Oil Pipelines), giving Oikos the distinction of being the only independent terminal to be connected to two national pipeline systems.

Elsewhere at Oikos, plans are also being developed for an additional 300,000m3 of storage as part of the Southside Development becoming an integrated fuel terminal and distribution hub on a nationally significant scale.