NuStar Energy LP reported a $30 million profit for the second quarter and said “the market appears to be improving in the fall”.

The San Antonio-based pipeline operator reported a loss in the first quarter, but an increased demand for storage as producers and refiners struggled to sell their product as well as cost-cutting measures at the company helped lead it to a profitable second quarter, it said. 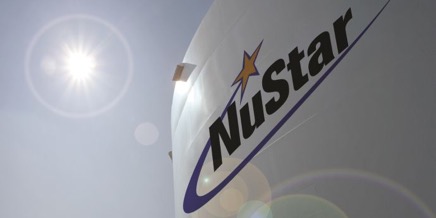 Before EBITDA, the company’s earnings from its operations were $2 million higher than during the same period last year.

CEO Brad Barron said: “To improve EBITDA during a quarter that was a low-water mark for not only U.S. refined product demand, but also U.S. refinery utilisation and U.S. crude oil production, in an environment in which individuals and businesses around the world were struggling, is a true testament to the self-help actions we took over the past months and the resilience and flexibility we have built into our business over the past few years.”

Among those self-help actions were a $145 million reduction in planned spending for the year and $40 to $50 million in cuts to operating expenses. NuStar also took out a $500 million loan with Oaktree Capital Management LP in April to pay down debt and to infuse the company with additional working capital.

But an increased need for storage combined with cost-cutting measures put the pipeline operator back in the black for the recent quarter. NuStar anticipates earnings of $665 to $735 million this year.