That independent petroleum engineers, DeGolyer & MacNaughton, have completed their comprehensive reserve appraisal of the PAO NOVATEK’s hydrocarbon reserves as of December 31, 2018. 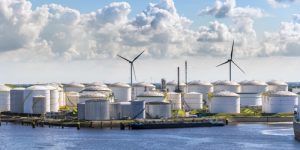 The company significantly increased its exploration activities over the past year with the acquisition of new license areas on the Yamal and Gydan peninsulas. Although the results of these activities are not reflected in the current year reserves, the findings represent some of the largest exploration successes in 2018, supporting the Company’s future plans to build a substantial LNG platform in the Arctic region of Russia.

Under the PRMS reserves reporting methodology, the Company’s total proved plus probable reserves, including the Company’s proportionate share in joint ventures, aggregated 29,619 million boe, including 4,021 bcm of natural gas and 387 mmt of liquid hydrocarbons.