Nigeria is to account for 50% of Africa’s crude distillation unit capacity growth by 2023, according to a report from GlobalData titled ‘Refining Industry Outlook in Africa to 2023 – Capacity and Capital Expenditure Outlook with Details of All Operating and Planned Refineries’.

Nigeria is set to drive refinery crude distillation unit (CDU) capacity growth in Africa with its planned and announced (new-build) refineries expected to contribute around 50 per cent of the continent’s total growth between 2019 and 2023. 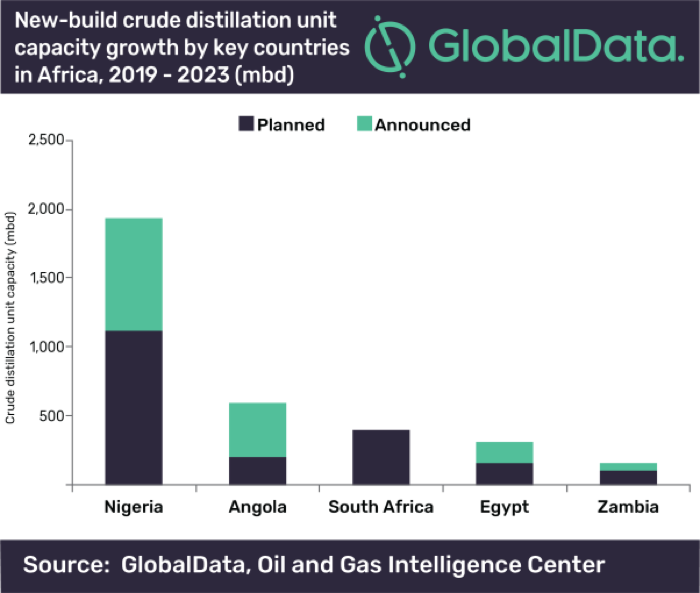 The company’s report reveals that Nigeria is expected to have new-build CDU capacity of 1.9 million barrels of oil per day (mmbd) by 2023.

Following Nigeria, GlobalData identifies Angola as the second highest contributor to the CDU capacity growth in Africa with a new-build capacity of 598mbd by 2023. Of the total capacity, 198mbd is likely to come from planned CDUs and 400mbd from early-stage announced CDUs. The Tabi refinery has the highest capacity among all the CDUs in the country, which is expected to start operations by 2023, accounting for 67 per cent of capacity additions in the country.