Excluding its impact of around $24.17 million, the company’s core profit would have met market expectations. 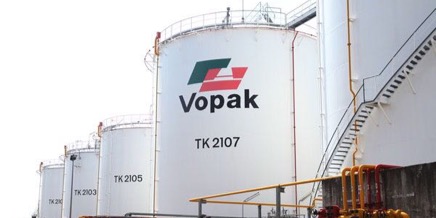 Vopak, which makes under 40 percent of its sales from oil terminals, has benefited from strong oil storage rates since buyers locked in contracts last spring, as they struggled to store surplus crude under COVID-19 lockdowns. Lockdowns, however, have also caused project delays.

“We have outperformed on costs to defend EBITDA and delivered on growth projects, despite construction delays of some projects due to COVID-19 restrictions,” said chief executive Eelco Hoekstra.

Vopak, which operates 66 terminals in over 20 countries, had an occupancy rate of 90 percent at the end of December, up from 84 percent a year ago, reflecting strong storage demand from oil markets and robust storage demand in gas and chemical markets, including industrial terminals.

In 2020 Vopak invested over 500 million euros in growth projects, in line with its own target implemented following the September Dow acquisition, and far above its yearly average.

The Rotterdam-based group, which operates tank terminals around the world, confirmed its goal of investing 300 million euros to 350 million euros in new capacity this year, returning to more usual levels of investment.

It reported earnings before interest, taxes, depreciation and amortisation (EBITDA) of $228.44 million in the fourth quarter.