Magellan Midstream Partners has said it may partner with Sentinel Midstream on plans to build a deepwater oil-exporting terminal offshore in the Houston area – the deeper water depths offshore are needed for the Very Large Crude Carriers (VLCCs), to load up to capacity.

Last month Sentinel signed oil and gas trader Freepoint Commodities as a new partner on the project. Texas GulfLink, as proposed, would load up to 1 million b/d of crude – this would mean it would be able to fill up one VLCC in two days. 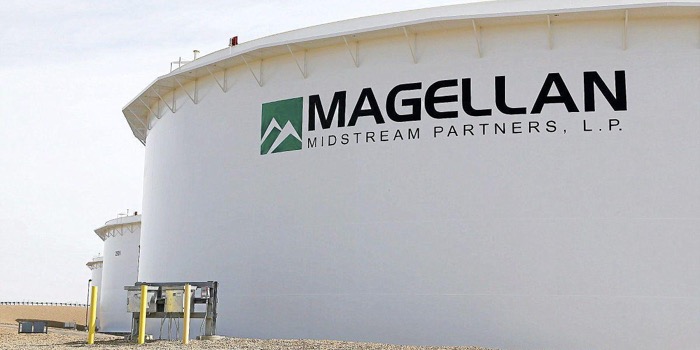 Companies are increasingly competing to be the first in the region to accommodate VLCCs to move oil from the Gulf of Mexico.

This partnership would mean Sentinel would still lead the Texas GulfLink project, but Magellan would build the pipeline to connect its large East Houston storage and distribution system to the offshore terminal

SPOT would be able to load 2 million b/d and simultaneously two VLCCs at a time. Both SPOT and Texas GulfLink are proposed to be built about 30 miles offshore of Freeport. But there is some debate as to whether there will be enough demand to satisfy the existence of two nearby offshore terminals. So there is the possibility that only one will be built.

SPOT is considered to have a head start. Enterprise has said it expects to receive a federal permit for SPOT in the second quarter of 2020, with construction taking up to two years.

Texas GulfLink and SPOT are two of the four offshore oil terminals with applications pending review under the US Maritime Administration.

The others are proposed for offshore of Texas near Corpus Christi: the Phillips 66-led Bluewater project and the Trafigura-led Texas Gulf Terminals.

Other proposed deepwater projects that have not filed their applications include Texas terminals offshore of Brownsville and Nederland, Texas, as well as one in southeastern Louisiana. Energy Transfer CEO Kelcy Warren said earlier this week that it is moving forward with its project offshore of Nederland, but that a final investment decision won’t come until later this year.

The Louisiana Offshore Oil Port, (LOOP), is the only Gulf of Mexico port that can fully load VLCCs without lightering from smaller vessels.