The bullets are for the R1 billion, 22,600 t mounded LPG facility which is being developed at the port by Bidvest Tank Terminals (BTT), a unit of the Bidvest Group. 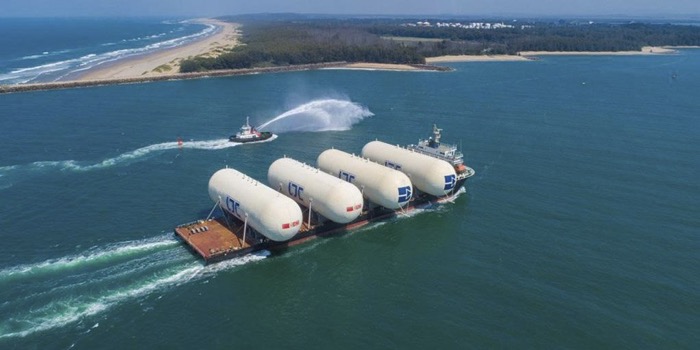 The terminal will store LPG on behalf of independent LPG specialist Petredec, which ships the fuel from the US and the Middle East.

Construction on the facility began in October 2018 and it is expected to become operational in 2020. It will house some of the largest storage tanks in the world.

“The arrival of these bullets is an exciting milestone not only for the Port of Richards Bay but also for the future of LPG supply in South Africa, as the terminal will allow for a significant increase in the cost effective, reliable and safe supply of LPG to South Africa – considered the fuel of the future,” commented Richards Bay Port Manager Thami Sithole.

“We congratulate BTT and Petredec on this milestone and look forward to the launch of their terminal. This will enable the Port of Richards Bay to cater for ships that trade, transport, store and distribute LPG, which in the past would have frequently been forced to remain on layby outside our port for weeks and months, while incurring costs,” Sithole added.

Richards Bay was considered to be the most suitable of South Africa’s port to handle the LPG storage capacity. The port is on Petredec’s shipping route and in close proximity to the main rail and road logistics routes going inland, particularly as most of the LPG will be used in Gauteng, the Free State and the North West provinces.

TNPA intends using the ports as vehicles not only for storage and distribution, but also for access and transformation to ensure the sustainability of the country’s energy sector.

Transnet is also planning a multimillion-dollar LNG storage and regasification terminal at the Port of Richards Bay and is seeking private sector partners to invest in and operate the facility.