The final EIS concludes that constructing and operating the project would result in temporary, long-term, and permanent impacts on the environment. Many of these impacts would not be significant or would be reduced to less than significant levels with the implementation of proposed and/or recommended impact avoidance, minimisation, and mitigation measures. 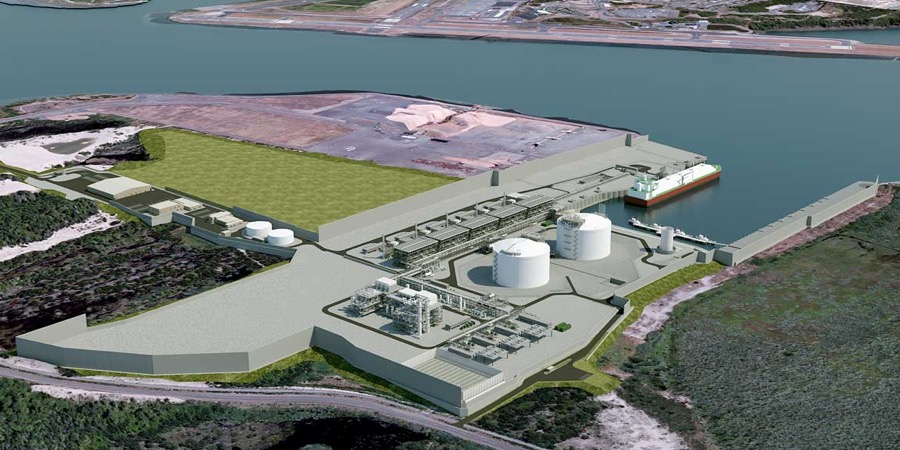 The LNG terminal would be located in Coos County, Oregon, and would be capable of liquefying up to 1.04 billion cubic feet of natural gas per day for export. The approximately 200-acre LNG terminal site would include: a pipeline gas conditioning facility; five natural gas liquefaction trains; two full-containment LNG storage tanks and associated equipment; LNG loading platform and transfer line; marine facilities; an access channel from the existing Coos Bay Federal Navigation Channel to the LNG terminal; and  modifications adjacent to the existing Federal Navigation Channel. As proposed, the LNG terminal would be called upon by about 120 LNG carriers per year.

The pipeline would originate at interconnections with existing pipeline systems in Klamath County, Oregon, and would span parts of Klamath, Jackson, Douglas, and Coos Counties, Oregon, before connecting with the LNG terminal. The approximately 229-mile-long, 36-inch-diameter pipeline would be capable of transporting up to 1.2 billion cubic feet of natural gas per day. Operating the pipeline would require the use of one compressor station and other associated pipeline facilities.

The final EIS recommends that the project-specific impact avoidance, minimisation, and mitigation measures that are included in the final EIS as recommendations be attached as conditions to any Authorisation and Certificate of Public Convenience and Necessity issued by the Commission for the Project.