The company states that although the risk of explosion is minimal, it continues to take precautions. Pumping operations to reduce the amount of combustible material in the tank containing NAPHTHA and XYLENE (components in gasoline) are ongoing. The chemical in the eighth tank is TOLUENE, used in production of nail polish remover, glues and paint thinner. 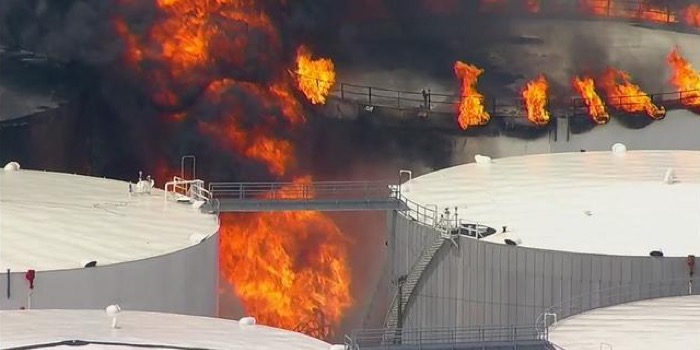 Air monitoring continues and the City of Deer Park has lifted the shelter in place. Additionally, the previously closed Highway 225 has reopened, however portions of Independence Parkway remain closed north of 225.

All personnel are accounted for and there have been no injuries reported.

ITC states that officials are continuing to work closely with first responders to contain the fire.