Inter Pipeline reports funds from operations increasing by $98.1m or 10 percent over 2017, to $1,088.7m. This increase was primarily driven by record performance in the NGL processing business, which benefitted from strong frac-spread pricing and higher sales volumes throughout the year.

Fourth quarter funds from operations also reflect the ongoing strength within Inter Pipeline’s NGL processing business, reaching $273.3m, up approximately $5.5m compared to the fourth quarter of 2017. NGL processing FFO during the quarter increased to $120.1m, up 32 percent over Q4 2017 due to higher sales volumes and frac-spread pricing. 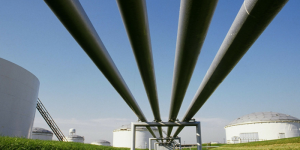 As expected, funds from operations in Inter Pipeline’s bulk liquid storage business were down from $97.6m in 2017 to $65.9m in 2018. Storage demand for certain petroleum products in Europe continued to be impacted by a backwardated commodity pricing environment. Average utilisation rates during 2018 were 77 percent compared to 96 percent in 2017.

Funds from operations for the quarter were $15.0m down from $20.9m in 2017. On November 30, 2018 Inter Pipeline completed the acquisition of NuStar Energy, L.P.’s European bulk liquid storage business for $270m. The acquired business consists of seven high-quality storage terminals strategically located throughout the United Kingdom and within the Port of Amsterdam. Historically, these assets have generated stable cash flow that is underpinned by a variety of cost-of-service and fee-based contracts.

Utilisation in the quarter averaged 68 percent across all terminals. Terminals in Sweden, the United Kingdom, the Netherlands and Germany all posted rates in excess of 90 percent. Unfavourable market conditions continued to impact Danish operations resulting in depressed utilisation rates. However, recent contracts have improved rates, particularly in Denmark. Utilisation rates rose to 78 percent across all European terminals in January 2019.