As part of the methanol expansion project at the EVOS Rotterdam terminal, the first of four carbon steel tanks (with a diameter of 32m) has been fitted with the first roof trusses and crown by Engicon nv (Geldof).

Geldof said: “It was a job that required the simultaneous use of two cranes and multiple aerial platforms in the tank. Of course, all of this had to be well prepared and coordinated.” 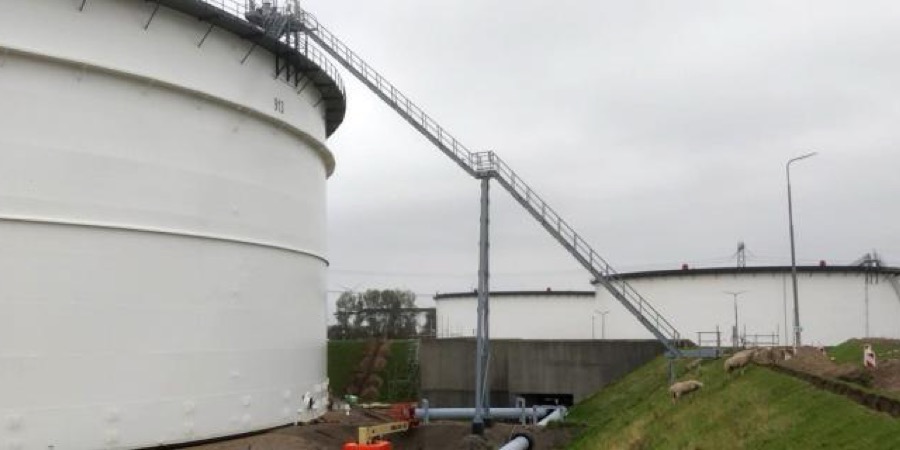 It added: “The work went very well, due to a highly motivated crew, good preparation and a work permit/lifting plan/TRA meeting in advance with all employees involved in the job. It went so well, that we were able to install the roof construction on two tanks instead of the scheduled one!”

Last week Dura Vermeer (the civil contractor) carried out the final pouring of the last foundation and the application of the sand bitumen layer.