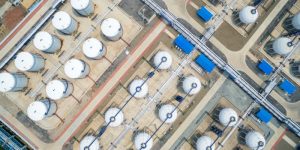 It was emphasised at the meeting that 2018 marked the completion of a new gas pipeline stretching to Bereznyaki and Starorusskoye, the suburbs of Yuzhno-Sakhalinsk. A gas boiler house had been brought into operation in Yuzhno-Sakhalinsk.

In 2019, the company plans to perform construction and installation works on a gas pipeline branch, the Tymovskoye gas distribution station (GDS), and four gas pipelines running to such population centres as Tymovskoye, Voskresenovka, Voskhod, Zonalnoye, Kirovskoye, Krasnaya Tym, and Yasnoye in the Tymovsky District. This will bring natural gas to more than 3,200 households and apartments and 82 industrial and small-scale power facilities. It is also planned to build a gas pipeline for the residents of the Gorny Vozdukh priority development area.