The 3,500 km-long pipeline project consists of three sub-pipeline routes – the South Caucasus Pipeline Expansion (SCPX), the Trans-Anatolian Pipeline (TANAP) and the Trans Adriatic Pipeline (TAP) and will deliver 16 billion cubic metres of gas per year (bcma). Of this volume, Turkey will get 6 bcm and Europe will get 10 bcm. 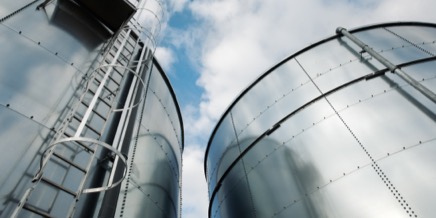 Since its announcement by the Azeri government in 2013, the SGC project has been touted as a much-needed energy diversity project for Europe, which is majorly dependent on Russian supplies both in natural gas and in oil. Almost three quarters of the EU’s natural gas imports (40 percent) and nearly one-third (30 percent) of the Union’s crude oil imports came from Russia in Q1 of 2020.

Specifically, through TAP, the SGC will deliver more than 10 bcm of gas annually to European countries in the next 25 years. Of this 10 bcm, 8 bcm will be exported to Italy, while 2 bcm will be exported equally to Greece and Bulgaria, and the rest to the surrounding markets.

The former minister of Economy, Energy and Tourism of Bulgaria, Assen Vassilev, said: “The completion of the SGC can be a major development for gas diversification not only for South Eastern Europe, but for the EU in general.

“In addition to the traditional supply from Gazprom, gas from Azerbaijan is already flowing via the TAP pipeline. However, the SGC holds the potential for major further diversification of EU gas supplies, because it opens up the ability to quickly deliver gas from the planned Eastern Mediterranean fields and from LNG terminals in Greece and Turkey.”

While there is a certain excitement surrounding the milestone SGC, change will not come overnight. Geopolitical developments suggest that Russia still holds key political strings in its hands – such as the ceasefire it brokered between Armenia and Azerbaijan – which can be pulled if necessary.