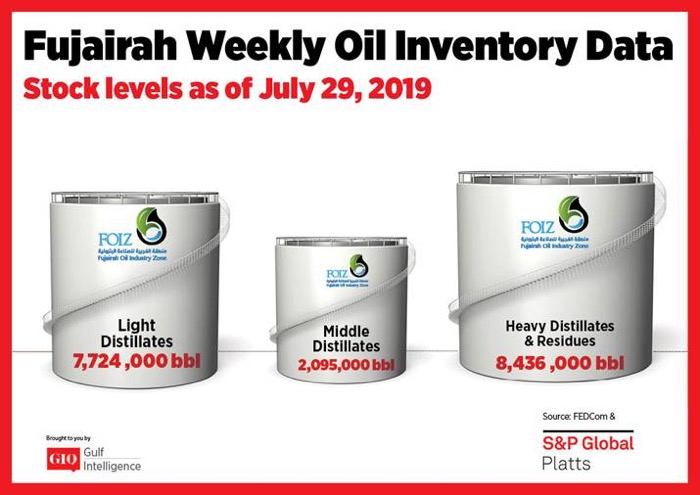 Stocks of middle distillates fell by 0.3%, subtracting 6,000 barrels to stand at 2.095 million barrels at the start of the week. Middle distillate sentiment East of Suez remained relatively bullish with the continuous supply tightness in North Asia supporting the market, sources noted. “It’s the refinery turnaround season, plus there are still some ongoing outages,” a source said. The strength was reflected in the EFS which reflects the spread between 10ppm Singapore gasoil swaps and ICE low sulfur gasoil futures, which flipped into positive territory for the first time in 10 months at the start of the week.

Stocks of heavy distillates fell by 13.9%, dropping by 1.359 million barrels on the week to stand at 8.436 million barrels. Activity in Fujairah has picked up with availability of bunker barges at the port tightening as a result, sources said. “Cargo is not tight, just barges [are] busy with jobs,” a source noted. The spread between 380 CST delivered bunker in Singapore and Fujairah was assessed at $27.75/mt yesterday with the South East Asian port continuing to see higher prices. Tuesday’s spread reflected a rebound from the $15.75/mt spread between the two ports seen a week ago.