Tank farm fires can cause massive damage. But even once they’ve happened, to minimise the effects of future fires, fire protection and extinguishing methods must be improved, according to FireDos.

Recently, a number of fires have caused extensive damage to tank farms, oil refineries and loading terminals. Prominent examples include the ITC tank farm at Deer Park, Texas in March 2019 and the refinery fire at Baton Rouge, Louisiana in February 2020. 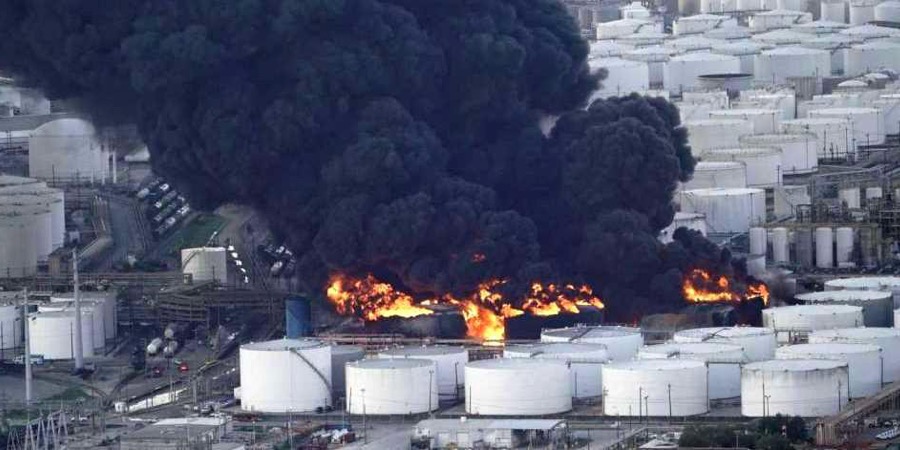 But only news of this kind makes its way into the news, unlike near-miss accidents where improved fire protection technology has prevented worse outcomes. FireDos said: “Fire protection systems in hazardous areas of the oil and gas industry require unique extinguishing systems – foam is considered the best extinguishing agent for liquid fires. The use of water can be important as well, for cooling the tank wall and adjacent tanks.”

Fire incidents in tank farms of the oil and petrochemical industry occur in different scenarios, with consequences ranging from minor to disastrous. The most typical scenarios, according to FireDos, are as follows:

Rim seal fire – Rim seal fires occur on tanks with a floating cover. They can be extinguished quickly by the use of stationary systems as long as they are detected early enough. A longer fire, however, may damage the seal and, hence, cause an excess release of oil. This may develop into an extensive fire. A seal failure releasing excess fluid, or excessive use of extinguishing fluid, may lead to sinking of the floating cover and eventually to a full surface fire.

Vapour ignition – When storing petrochemical fluids, vapours may leak and be ignited by external sources, such as a lightning strike.

Dyke area fires – Tank farms are normally safeguarded by a dyke or located inside a basin to contain any escaping liquids. If oil or petrochemical fluids leak from a tank unintentionally, they may catch fire. If the fire is detected early enough, such fires can normally be extinguished easily and quickly by the use of fixed or mobile extinguishing equipment. If this is not the case, it can lead to a large surface fire which can also spread on the tank.

Explosion – Transformation of explosive gases by an ignition source. This normally causes damage to stationary extinguishing systems and mobile systems must be used. In addition, an explosion usually results in spreading the flammable liquids and devastation of the adjacent areas and access roads.

Boilover – A boilover may happen in case of a long-lasting oil tank fire where water has gathered at the bottom of the tanks. Due to the oil heating up to several hundred degrees centigrade, the water may evaporate abruptly. The water steam rises to the surface in bubbles which burst at the surface and spread the oil above the tank. The enlarged surface area causes an abrupt fireball.