A fire that broke out at NuStar Energy’s facility in Crockett, California, has now been contained, according to reports.

The fire broke out before 2 p.m. on Tuesday local time. Two tanks containing a combined 250,000 gallons of ethanol caught fire, one of which collapsed. The fire sent large plumes of black smoke into the air. The fire was so intense that it threatened other tanks as well, some containing jet fuel and the others had more ethanol. 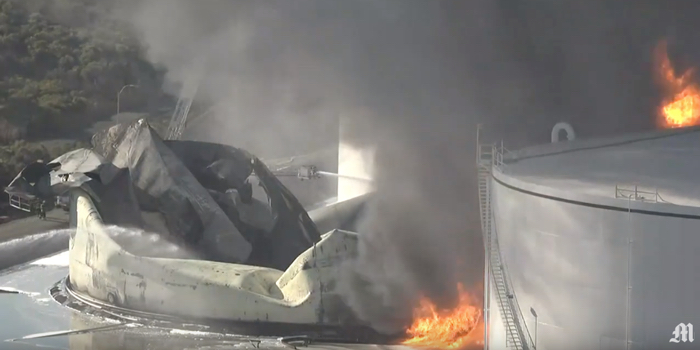 In a statement, NuStar told CBS News that there are two impacted tanks, which were holding very low volumes of ethanol – “less than 1% of tank capacity.”

Officials said that there were workers at the facility when the fire erupted, none of them were hurt.

Local news has reported that investigators are trying to determine if Monday’s 4.5 magnitude earthquake in the Bay Area is linked to the explosion and fire.