The staff of the Federal Energy Regulatory Commission (FERC) has prepared a draft environmental impact statement (EIS) to assess the impacts of constructing and operating the Alaska LNG Project proposed by the Alaska Gasline Development Corporation (AGDC). FERC said the project would result in some significant environmental impacts that would remain even after mitigation measures were implemented.

The purpose of the project is to commercialise the natural gas resources of Alaska’s North Slope, by converting the existing natural gas supply to LNG for export and providing gas for users within the State of Alaska. 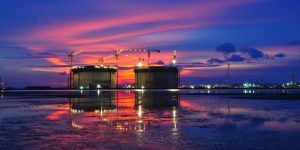 “We conclude that project construction and operation would result in temporary, long-term, and permanent impacts on the environment,” said FERC. “Most impacts would not be significant or would be reduced to less than significant levels with the implementation of proposed or recommended avoidance, minimisation, and mitigation measures, but some impacts would be adverse and significant.”

It stated that operational noise at the two nearest noise sensitive areas would likely double due to facility operation, which would be considered a significant increase.

“With the issuance of the draft EIS, we are requesting to initiate formal consultation with the U.S. Fish and Wildlife Service and National Marine Fisheries Service regarding Project effects on federally listed species,” said FERC.

Because the project would result in substantial impacts on permafrost, wetlands, forest, and caribou (Central Arctic Herds), and since other current or reasonably foreseeable projects in the study area would similarly affect these resources, we found that cumulative impacts on these resources would or could be significant. Visual effects from the project near the DNPP would be high, so any additional effects in this area from other projects would contribute to cumulative visual impacts, which could also be significant.

“In addition, we recommend that the project-specific impact avoidance, minimisation, and mitigation measures that we have developed (included in the draft EIS as recommendations) be attached as conditions to any authorisation issued by the Commission for the project,” said the FERC statement.