Potential EPC contractors announcing their interest to participate in the project on or before July 1, 2019, will receive a pre-qualification package. 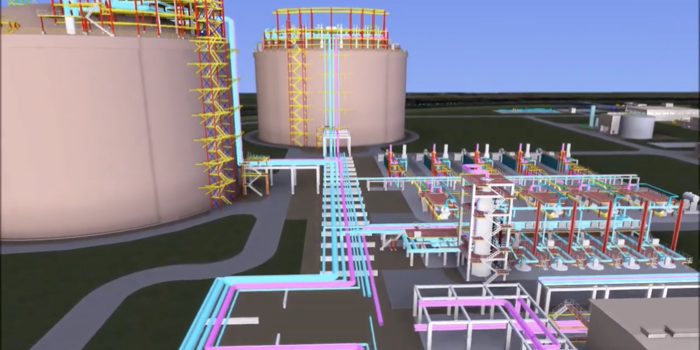 Binding (lump-sum) offers will have to be prepared and submitted by pre-qualified bidders between August and October 2019. The winning bidder(s) will be announced during the first quarter of 2020, followed by the release of an early (or limited) notice to proceed to commence scheduled early activities.

German LNG Terminal is a joint venture of Dutch companies Vopak and Gasunie as well as German company Oiltanking, part of Marquard & Bahls AG. They combine considerable expertise in gas and LNG storage and handling, pipeline and terminal operations as well as a firm commitment to build Germany’s first LNG terminal. Vopak and Gasunie have already successfully joined forces to build and operate the GATE terminal in Rotterdam.

The joint venture plans to build, own and independently operate a combined import and distribution LNG terminal in Brunsbuettel, Northern Germany. The terminal’s business model is characterised by the provision of multi-purpose services as well as open access to terminal capacity.

In addition, the German federal government supports an LNG terminal as it contributes to gas supply diversification and provides efficient supply chains for LNG as an alternative fuel.

The market’s reaction to the Brunsbuettel terminal project has been positive with interest from future customers reflected in the execution of several Heads of Agreements. The application for exemption from regulated third party access and the permit application are based on 8 bcma terminal capacity.

It is envisaged that up to 4 EPC Contractor entities will be pre-qualified to enter the competitive tender process. Experience in design and construction of similar projects and awareness of German codes and practices will be essential attributes to pre-qualify, besides financial strength and safety track record.

The winning EPC entity (party, or JV or consortium) can expect to receive a full notice to proceed some 6 months after ENTP, and will have approximately 3 years from ENTP to complete the base scope terminal, inclusive site preparation, waterfront with new jetty, LNG storage and all normal process equipment and supporting infrastructure for an LNG terminal. The EPC Contractor will have to deliver a fully functional terminal and successfully conduct commissioning tests before hand-over to German LNG Terminal for commercial operations.

The Invitation to Tender may also include a few options for expansion steps of the terminal. The tender will be arranged in a transparent manner aiming to treat all tenderers equally and fairly. Further details will be provided after 1st July in the prequalification package, despatched to those parties that are potentially interested to participate. This is to allow formation of contractor combinations as may be needed to enable successful execution of the project and submit prequalification documentation on time.