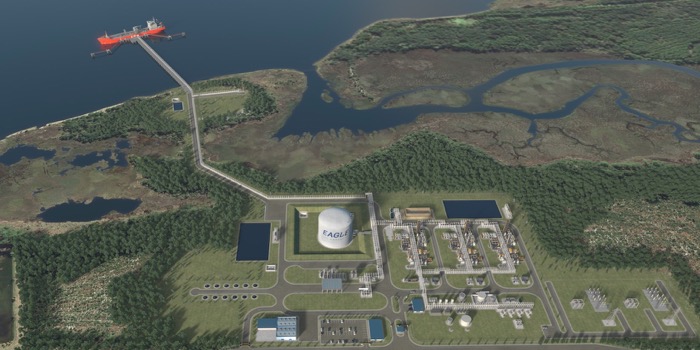 “The FERC authorisation for Eagle LNG’s Jacksonville LNG Export facility has been many years and countless hours in the making. As one of only a handful of greenfield LNG project proponents to obtain their FERC Order, and the only project devoted to provisioning small-scale LNG projects in the Caribbean basin, Eagle LNG is one large step closer to delivering clean-burning, affordable, domestically produced U.S. natural gas.” said Sean Lalani, president of Eagle LNG.

“Numerous independent studies have shown that sourcing LNG for power generation allows Caribbean island nations the ability to substantially reduce power costs and simultaneously reduce CO2 emissions by 30-40 per cent as compared to fuel oil and coal. Eagle LNG acknowledges that this project would not have been possible without the continued support of the Jacksonville community and key stakeholders regionally and in North Florida.”

“Exports in small volumes from our existing Maxville LNG facility are already providing low cost, domestically produced U.S. natural gas as an early, stable fuel source for the Caribbean. The proposed Jacksonville LNG Export facility will not only drive and create economic growth in Florida and the U.S., it is crucial for the expansion of new U.S./Caribbean LNG trade opportunities,” continued Lalani.