CLH Group has recorded profit after taxes exceeded €238 million in 2018, an increase of 2 per cent compared to the previous year. The increase can be attributed to the company’s extensive expansion programme and contribution of its international business.

Operating income reached €724 million, or 0.5 per cent less than in 2017, mainly owing to the expiration of several storage contracts with traders associated with the contango. 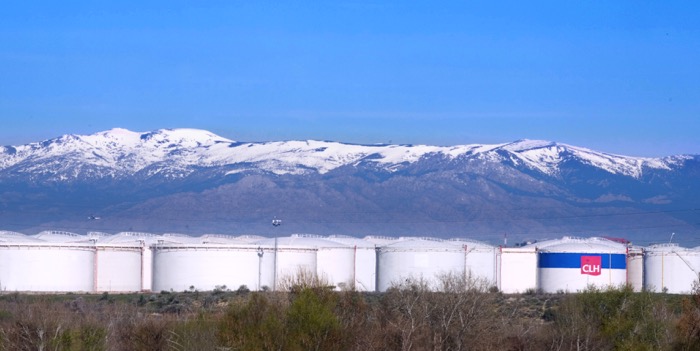 The contribution made by its international business continued to grow and reached €101.2 million in operating income, which represents 14 per cent of the total for the group. Operating expenses reached €407.2 million, which is 2.2 per cent less than in 2017, thanks to the efficiency and cost reduction plans promoted by the company.

The EBITDA of the CLH Group reached €428.2 million, which is 6.9 per cent higher than in 2017, thanks to increased activity in the logistics network in Spain, strong growth in aviation fuel demand, both in Spain and in Ireland, the commencement of business operations in Panama and the positive outcome of the commercial negotiations carried out by CLH-PS.

Despite the disappearance of the contango, thanks to this growth in the international business and cost savings, recurring operating profit grew by 1.8 per cent compared to the year before and amounted to €317.2 million.

During 2018, CLH continued to develop the Strategic Plan approved in 2017, which foresees investments amounting to €830 million over five years. The document forecasts, according to an update performed in 2018, that the company will continue to grow in forthcoming years thanks to the recovery of activity in Spain and the international expansion, coupled with the cost reduction plan and efficiency improvements being implemented by the company.

Along these lines, CLH also promoted the development of new services in Spain, particularly in coastal facilities and in terminals connected to refineries, as well as in the United Kingdom.

For its part, CLH Aviación renewed its presence at 20 airports, including Madrid and Barcelona, and was awarded another 8 airports for the first time in Spain.

Another highlight of the year was the major progress achieved in its international expansion programme, starting commercial operations at five airports in Panama and the award of a new airport at the end of the year in Spain.

In addition, CLH Aviation Ireland inaugurated two new storage tanks and the first section of the new hydrant network at Dublin airport, as part of the renovation project underway there.

Furthermore, in 2018 the company commissioned the whole of the new logistics network that it constructed in Oman in cooperation with Orpic. OLC commissioned the entire new oil product transportation network, comprising a storage facility and a 300-kilometre pipeline which connects the new plant to the two refineries in that country and to the International Muscat airport.

As for investments, over €77 million were aimed at improving its infrastructures and services in all the countries where it is present, and continuing to identify new international projects.

Furthermore, Hydrocarbon Storage Terminal, S.A.P.I. de C.V. (HST), in which CLH holds a 60 per cent interest through the company CLH México Logística, S.A. de C.V. (CLH México Logística), will be responsible for constructing and operating a new oil product facility in the municipality of Acolman, one of the largest areas of fuel product consumption in Mexico.