CLH Aviación has begun to manage the fuel storage facility of Tenerife-Sur, which is its first operation in the Canary Islands. The management of the fixed terminal and the provision of on-board services have also commenced at the airports of San Sebastián, León, Valladolid, Granada and Melilla. 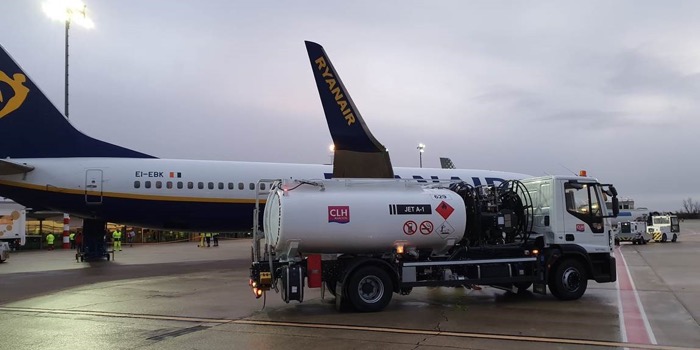 Tenerife Sur is the fifth airport in importance in which CLH Aviación is present in Spain and its hydrant network is the sixth that the company manages in the country, adding to those of Adolfo Suárez Madrid-Barajas, Barcelona-El Prat, Málaga, Palma de Mallorca and Alicante.

In the rest of the new airports, San Sebastián, León, Valladolid, Granada and Melilla, CLH Aviación has started the management of fuel storage facilities and the provision of on-board fuel services in aircraft.

With these new contracts, CLH Aviación operates in all the new airports that AENA awarded in its last competitions, after starting to provide services in Burgos, on April 15, and Reus and Sabadell, on November 5. In addition, the company also began operating in September at the Ciudad Real airport.

CLH Aviation is present in 37 airports in Spain and, internationally, provides services at the airport of Dublin (Ireland), Guayaquil (Ecuador); as well as Tocumen, Marco A. Gelabert, Scarlett Martínez and Panama Pacifico, which will soon be joined by Enrique Jiménez de Colón and Enrique Malek, in Panama.