Analysts have predicted a bleak outlook for natural gas production in Northwest Europe, with forecasts showing a decline by approximately 25 per cent from current levels over the next five years

According to a report by GlobalData, upcoming projects struggle to offset overall declines. 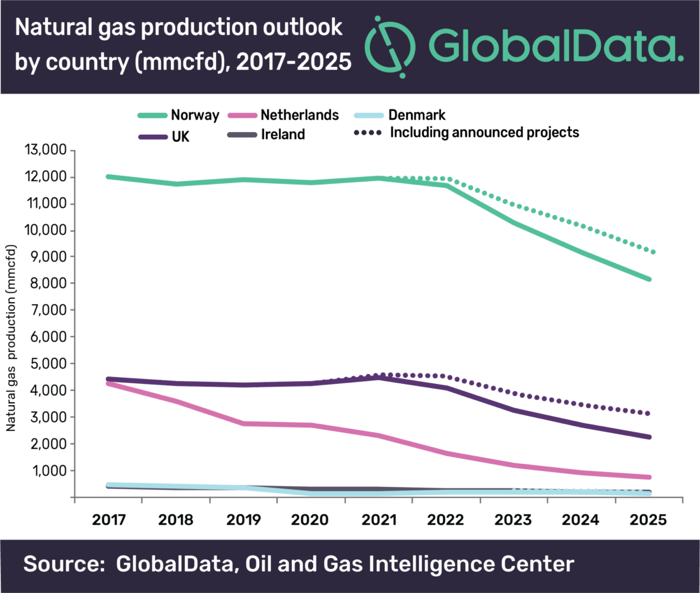 The report titled, ‘2019 Northwest Europe Upstream Development Outlook – Surge in New-Build Oil and Gas Project Starts for 2020’, reveals that gas production fell year on year over the last two years, a trend that is set to continue over the forecast period. The lack of major upcoming gas projects, alongside a production phase out at the giant Groningen gas field, has set a clear downward trend for gas production in Northwest Europe. Despite rising gas production for Norway and the UK over the near term, declines in the Netherlands, Denmark and Ireland outpace volumes introduced from upcoming projects.

“For gas, the outlook is less optimistic as the number of large gas projects coming on-stream is limited and post 2021 could see dramatic declines in gas production without the addition of future projects.”