Ahead of his appearance at the StocExpo conference, Samuel Ciszuk, founding partner at ELS Analysis, has said balancing the oil market between traditional and new regulatory carries a significant political risk.

He said analysis of markets “often begins with a look at the fundamentals. In energy markets these analyses tend to change, move and require constant updating. International politics, on the other hand, while widely regarded as chronically fickle, have rarely required a deeper analysis of its fundamentals.” 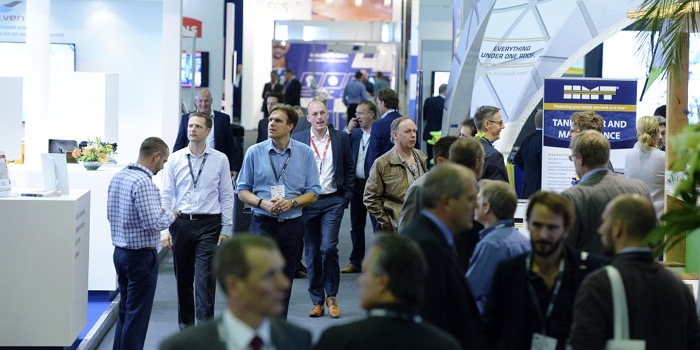 Ciszuk will talk about how energy markets are impacted by trade wars and climate regulations on the second day of the StocExpo conference.

He said the fundamentals of the global economy and politics have, proved for many decades to be fairly stable. Yet for several years it has become widely appreciated that global politics are becoming increasingly unstable and that the values and conventions steering international relations in the past decades are under pressure: “One can argue about the key causes, but one way of looking at it is that the set of main actors and their internal weighing has changed, making some feel constricted by the old space allocated to them within the system. Others have shrunk and look for new means through which to attain their goals. This all leaves us with a global system in which competition and aggressive positioning is playing an increasingly important role.”

Nowhere has that been as clear as in the Middle East, he said, where the US’ efforts to pivot away over the past decade has given rise to a number of conflicts-by proxy and raised traditional political risk for the oil market to levels not seen for long during 2019.

But while much of the world politics is moving away from the established norms of the rules-based order, he said a new type of political risk rises in prevalence in the developed economies and climate change mitigation comes into focus.

In this context, he said the EU’s strong identification with a rules-based international order and multilateralism – the core of its foundation – stands out “and likely will lead to an escalated EU-US political decoupling – although not necessarily all the way. But it also underlines to what extent this will be the EU’s trademark as a bloc in global trade and policy, to approach international problems with regulations and transparency to leverage considerable so-called soft power.”

The speed of this is dependent on November’s US presidential elections, but he said “the overarching momentum” has already been created.

As many have pointed out, it has been in the making since it was becoming apparent that China was on its way to outgrow its position within the established geopolitical system. He said: “As that has happened, the US has started to feel more constrained then helped by its position in the system. This position has kept sucking it into conflicts where it has little national interest, while keeping it from being able to redistribute its resources to where it most needed.”

For European energy markets in particular, he said this creates a reality where companies “are going to be squeezed between traditional political risk returning with renewed vigour and new emerging political risk resulting from the fragmentation between the well-regulated main economic blocs and actors in the northern hemisphere.”

Examples of the former are last year’s attacks on oil shipping, pipelines and production facilities in the Gulf. Examples of the latter are trade wars – of which there will be more – and game changing initiatives such as the ban on new combustion engine sales (for light transport) in the UK by 2035.

For the oil market specifically, by his reckoning this means that traditional political risk will continue to be a factor mainly on the supply side, causing momentary uncertainty: “Given the structural oversupply, it will however not be very likely to cause large and sustained price swings unless conflicts in the Middle East clearly get out of hand. The US signalled its continued pivot towards Asia last year with its lax response to the Saudi oil attacks, although it is not disengaging with the Gulf completely.”

Ciszuk added that Iraq will be particularly important to watch as it looks set to be the main stage for continued US-Iranian proxy conflict. He said Iraq as an oil producer is also of such size that the oil system would struggle to manage without it, unless (ironically) Iran is allowed back to the market. Apart from that, with the OPEC+ locked into a vicious production cutting cycle and US shale still growing, the underlying global supply outlook for 2020-2021 at least is looking comfortably loose.

He said most risk for companies will come from the new emerging political risk on the demand side: “Climate is already a strong driver of regulation globally and will in the coming years force drastic changes on the energy markets not only in the EU, but throughout the developed world and beyond. In Europe, fuel qualities will be revisited, bio-feedstocks will see further regulatory change and bans on coal, or even combustion engines, will change the demand set-up in different parts of the union and in the UK. In some jurisdictions even dramatically so.”

He concluded by saying the EU Green Deal and its goal of net zero carbon emissions 2050 will force member states to look closely at their 2030 targets, which being only a decade away will have to be very measurable. This will force radical action, emphasising the differences in outlook throughout the union and therefore create a difficult business environment for the energy sector, throwing up many challenges with short lead times. In the full scope of its ambition, the EU will not be followed by many other actors globally, which will require carbon border taxes relatively soon, causing further challenges, not least to a liquids storage business relying to some part on serving global trade flows.

Ciszuk said there will be plenty of opportunities: “The energy sector and industries will require broader sets of fuels and feedstocks and there will be more frequent shifts in the demand for products and qualities. Those with blending capacities are likely to benefit. Flexible and agile organisations, with wide client networks and industry relations, could put tank companies in favourable positions to benefit from the demands of the transition – in Europe and elsewhere.”