Companies’ resilience to volatile market conditions will be put to the test in 2019, as business leaders expect the industry to commit to greater investment to meet hydrocarbon demand, according to new research from DNV GL.

In the company’s ninth annual report on the outlook for the oil and gas industry “A test of resilience”, two-thirds (67%) of senior oil and gas professionals believe more large, capital-intensive oil and gas projects will be approved this year. 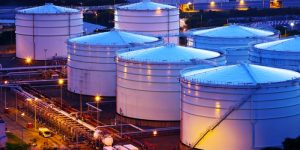 Seventy per cent plan to increase or maintain capital expenditure in 2019 – nearly double that of 2017’s figure of 39 per cent. And the proportion of industry leaders who expect to raise or sustain operating expenditure has also grown over the two-year period, from 41 per cent in 2017 to 65 per cent for 2019.

Recruitment is firmly back on the agenda after four years of consistent reductions, supported by cost-efficiency measures. A third (34%) of the 791 senior professionals surveyed expect to grow their workforce in 2019 – more than three times as many respondents than four years ago (10%). Over a third (39%) also expect to increase the use of contractors this year.

“The global oil and gas industry is entering 2019 with renewed optimism and a greater sense of resilience. Despite greater oil price volatility in recent months, our research shows that the sector appears confident in its ability to better cope with market instability and long-term lower oil and gas prices. For the most part, industry leaders now appear to be positive that growth can be achieved after several difficult years,” said Liv Hovem, CEO, DNV GL – Oil & Gas.

“While increasing optimism and expectations for higher spending are to be welcomed, there will also be new challenges for the sector this year. The industry’s resolve to maintain the efficiencies established during the recent market downturn will be tested as the sector relaxes its focus on cost control, and signs of supply chain inflation and skills shortages emerge,” Liv added.

DNV GL’s research shows signs that the old spending habits which affected the sector during the pre-2014 period of high oil prices may be returning. In 2019, fewer senior oil and gas professionals (54%) believe that the cost efficiency measures put in place during the downturn are permanent, compared to 2018 (62%). The proportion of companies planning to increase strictness on cost control has also dropped from a high of 72% in 2015 to 44% for 2019.

As oil and gas companies make more investments and modestly relax their tight grip on costs, DNV GL has for the first time asked senior oil and gas professionals about an underlying danger of a gradual cost creep in the coming years. Four out of ten (41%) said they had experienced cost inflation from suppliers in 2018, rising beyond half in the Middle East and North Africa, and in Asia Pacific. The downstream sector is most affected (60%) compared to just over one-third in upstream (34%). Forty percent expect suppliers to drive cost inflation in 2019.

Despite suggestions from some that cost inflation is re-emerging, the oil and gas supply chain says it is still feeling the pinch. Respondents who primarily identify as suppliers are much less confident in achieving revenue (66%) and profit targets (57%) in the year ahead than buyers (82% and 80%, respectively).

While more than three times as many respondents expect to grow their workforce in 2019, compared to four years ago, skills shortages and an ageing workforce have resurfaced as a major concern. The issue takes joint second place as a perceived barrier to growth, alongside the oil price and the state of the global economy. Competitive pressure is viewed as the greatest challenge.

The report highlights the escalating challenge of addressing its attractiveness to young talent, who may view the sector as unstable and environmentally unsustainable after a period of prolonged stagnation during the downturn.

The oil and gas industry’s efficiency efforts coincide with a third (36%) of senior oil and gas professionals expecting increased research and development (R&D) spending this year.

Digitalisation comfortably leads R&D priorities for the oil and gas industry in 2019, with 60% of respondents to DNV GL’s research expecting their organisation to increase spending in this area in 2019.

The top three priorities within the industry’s digitalisation agenda all relate to data sharing, integration, and access (cloud-based applications, data platforms and data sharing between organisations). Two-thirds of respondents (67%) say their company will prioritise the quality and availability of data in 2019.

Half (51%) of senior industry professionals will focus on actively adapting to a less carbon-intensive energy mix in 2019, up from 44% last year. While momentum for long-term decarbonisation is building, DNV GL’s research indicates that companies today are more likely to be doing so because they are told to, rather than because they want to.

Regulation topped the list of factors most likely to drive oil and gas companies to decarbonise their operations in 2019. The energy transition and ‘doing the right thing for society’ came in ninth and tenth place, respectively.

R&D into the decarbonisation of gas transmission and distribution networks through the introduction of hydrogen into the mix is on the rise – more than a quarter (28%) of respondents expect to see a significant increase in its use in 2019.

“Not long ago, the industry regarded the energy transition as a transformation on the horizon however, it has become clear that this significant change is already upon us. The sooner companies start planning and acting, the better,” said Liv.